Our program believes that the academic development of all youth is primary and should be the priority for all student athletes.  We will work with families to help hold players accountable to the standards set by parent and players. 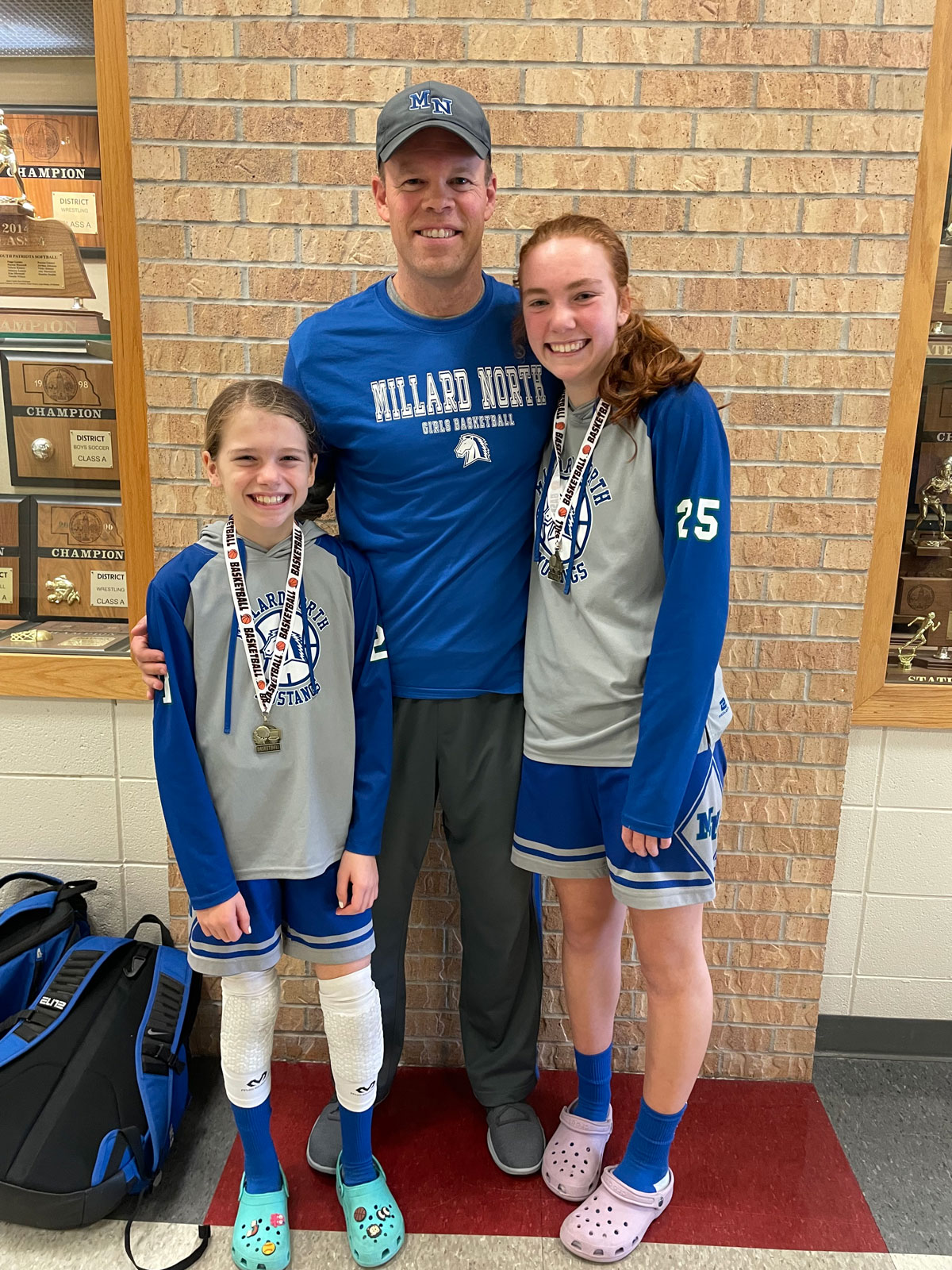 I have coached basketball and softball since 2012 at the YMCA, our Lady Mustang program, and Millard United. I have always felt that a good coach should be an excellent communicator, set a good example for the kids, and be a good ambassador for the program toward the area basketball community. I believe in playing good, aggressive defense, too, so if coaches can pull that off it’s a bonus.

My goals for our program are to develop our girls’ skills on the court through practice and off-season training/camps and I am committed to providing every resource necessary to that end. I also love the idea of a larger Millard North community that helps and supports each other on and off the court. I think we have solid coaches in our program who are great mentors and who will set great examples for our girls.

In my spare time, I am a civil litigation attorney and a big New York Yankees fan. Something unique about me is that I have written three novels and once hit a ball into the left-field corn at the Field of Dreams in Dyersvilla, Iowa… the ghosts threw the ball back. 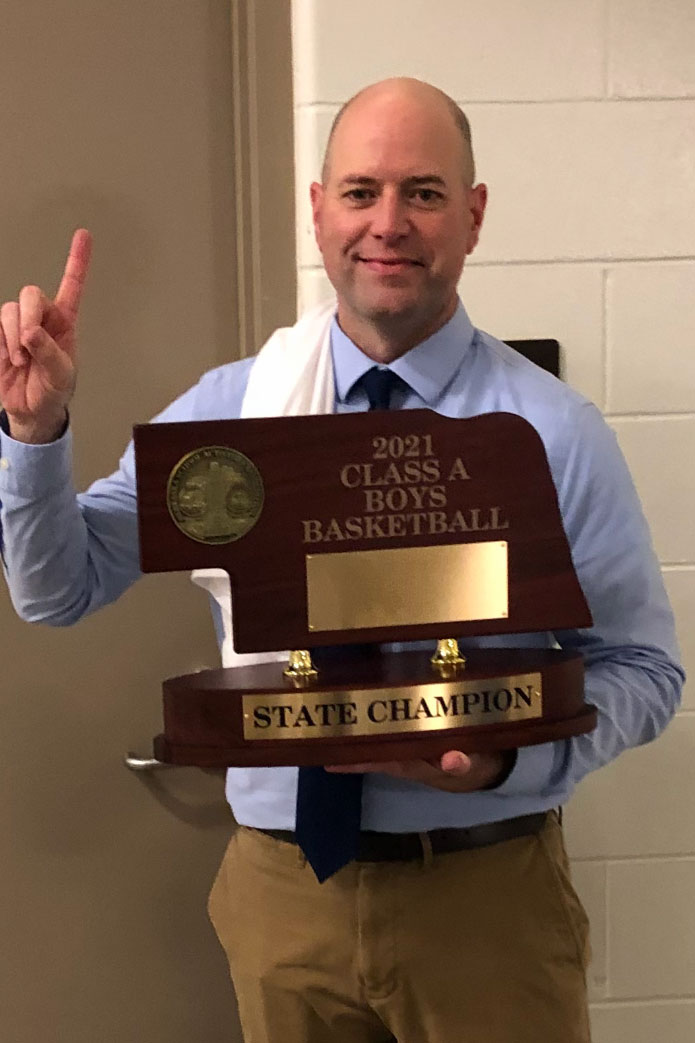 I started coaching basketball in 1995 at Fairfield College Preparatory school in Fairfield, Connecticut. Fairfield Prep won the Class LL state championship in boys basketball in 1997. From that point forward, I was hooked on this great sport. I moved to Omaha, NE in 2002 and have since coached youth basketball at different levels of play.

I have coached the Lady Mustangs & Junior Mustangs since 2014. I am also currently a JV and Varsity assistant for the Millard North High School boys team. During that time Millard North has won back to back Class A State Championships in 2021 and 2022.

On any team that I have coached, the foundation has always been 4 things: Playing Hard, Playing Together, Playing Smart and Having Fun. Our goal is to impart these core beliefs within our program and prepare our players for the next level. Thank you for giving us the opportunity to coach your player and GO MUSTANGS! 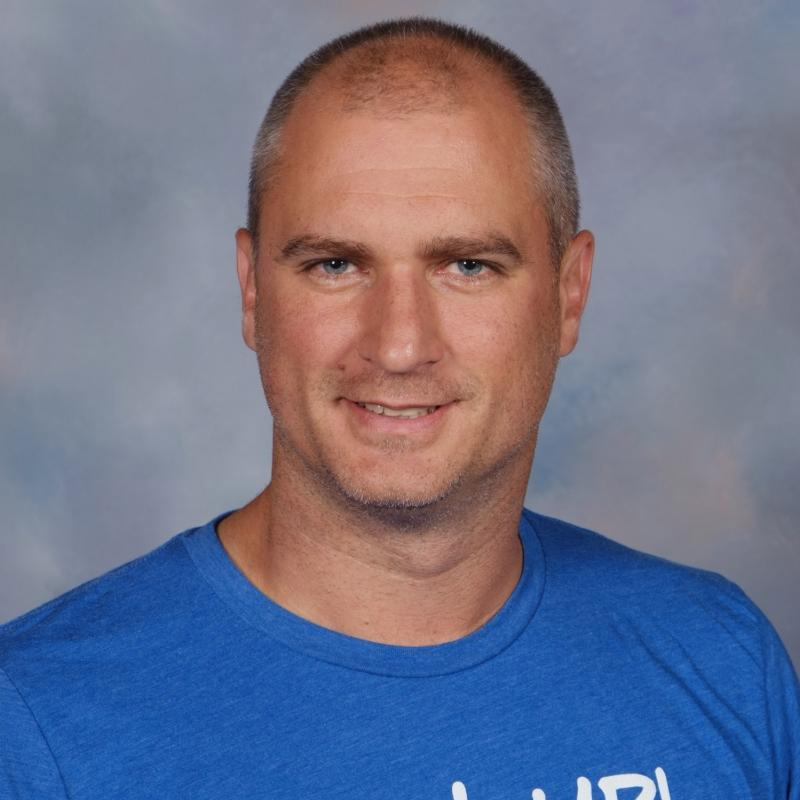 I am entering my 5th year at Millard North as a math teacher and coach. This season will be my 1st year as the head coach of the Millard North girls program. I have spent the last 4 years as the assistant varsity and head junior varsity coach for the Millard North boys program. During that span our JV teams won over 70% of our games and the varsity won over 65% including a Metro Conference Championship and State runner-up finish in 2020.

Prior to Millard North, I spent 16 years at Archbishop Bergan, where I was the head basketball coach for 15 of those years. My teams at Bergan won two State Championships (2008, 2014) and were State Runner-up twice (2011, 2012). From 2007-2016, our program was one of the winningest programs in the state, including 7 Final Four finishes in 9 years. I was fortunate to coach outstanding players like two-time Gatorade Player of the Year Wes Eikmeier, who went on to earn All Mountain West 1st team honors at Colorado State. He later went on to play two seasons professionally in Europe. I also coached 2015 NebraskaHSHoops.com Nebraska Player of the Year Adam Dykman who currently plays for Augustana, along with helping coach Millard North’s own Hunter Salis, who also was named MaxPreps Nebraska Player of the Year for 2020. In 2011, I was selected as an assistant coach in the Nebraska Coaches All-Star game.

I have been in the coaching profession for 26 years. I have also been a head boys and girls track coach for 6 years along with being an assistant football coach for 18 years while at Archbishop Bergan High School. At Millard North I also spent a year as an assistant girls softball coach.

When I am not coaching, I enjoy spending time with my family and friends. I have 3 daughters; Mikayla, Paxton, and Lynley. Together we enjoy boating and attending each other’s activities. Mikayla currently attends Creighton University and plays softball while studying to be an occupational therapist. Paxton runs cross country and track for DC West High School, and Lynley is involved in softball and basketball.

My goal for our programs is to 1). Play harder than our opponent, 2.) Play uptempo both offensively and defensively and 3) Pressure our opponents defensively. I have a Masters Degree in Educational Psychology with an emphasis in Positive Coaching. I believe strongly in positive thinking and hard work. Our teams will strive to represent the Millard North community well. 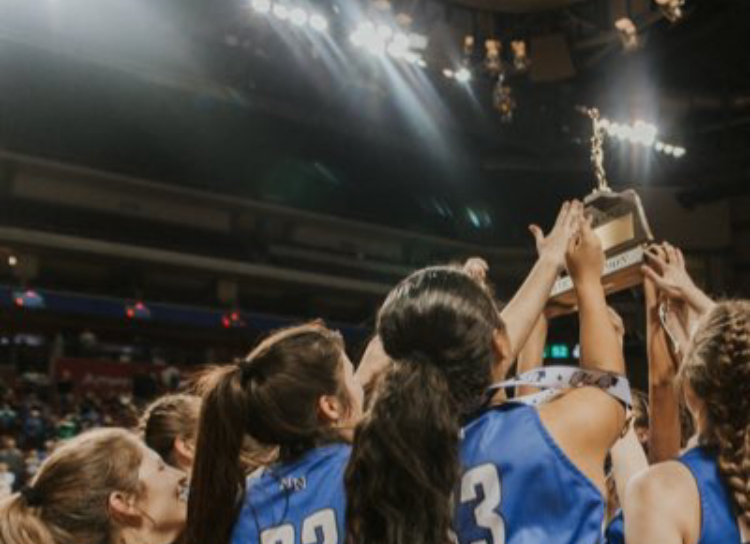 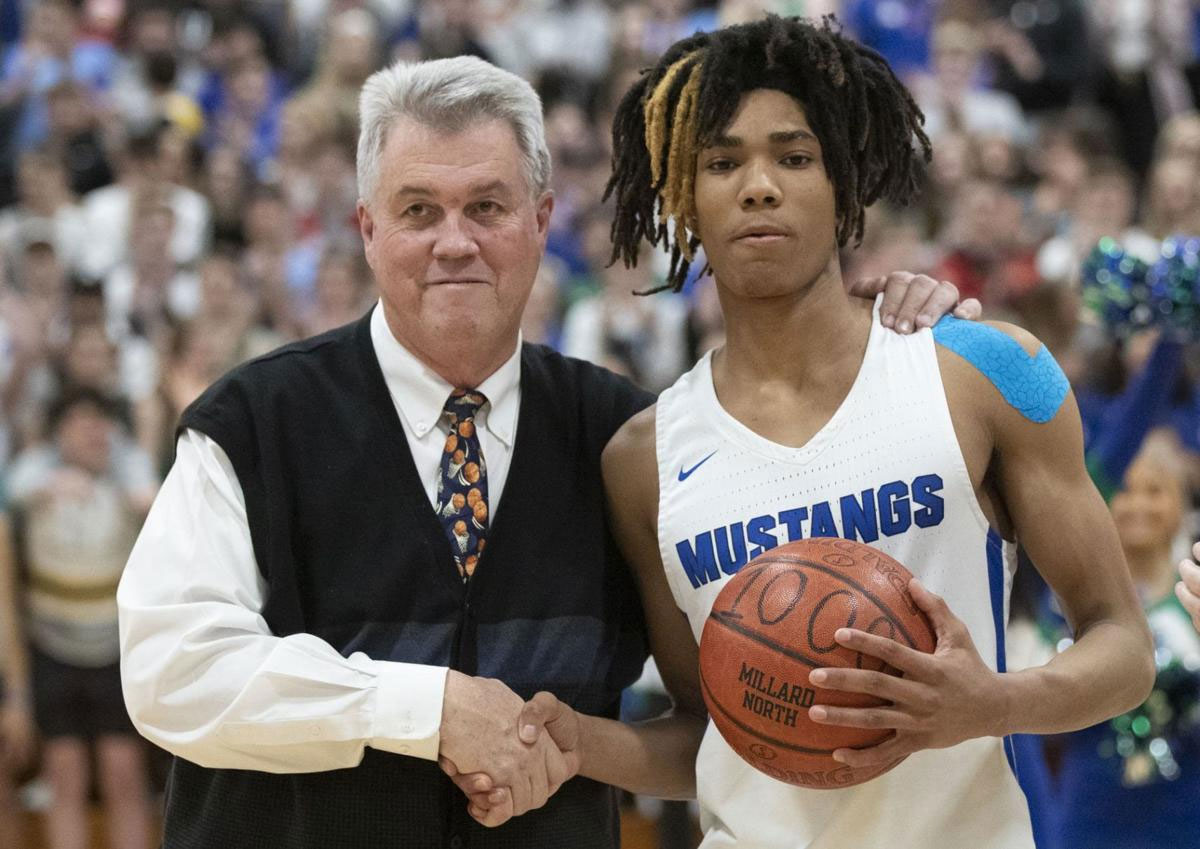 Coach Tim Cannon has been the Head Varsity Boys Basketball coach at Millard North since 2013. Prior to that, Coach Cannon coached at Omaha Bryan for 28 years and at Omaha Cathedral for 6. Tim’s lifelong passion for teaching the game of basketball has lead his teams to over 400 wins for his career. His record includes the 2020-2021 Class A State Championship for Millard North Basketball along with multiple other appearances in the state basketball tournament. He believes it is important to teach the fundamentals of basketball early in a player’s development, not only to develop skill, but more importantly to help create a joy and passion for the game of basketball. When not coaching, Tim enjoys spending time with his family, especially his grandchildren. 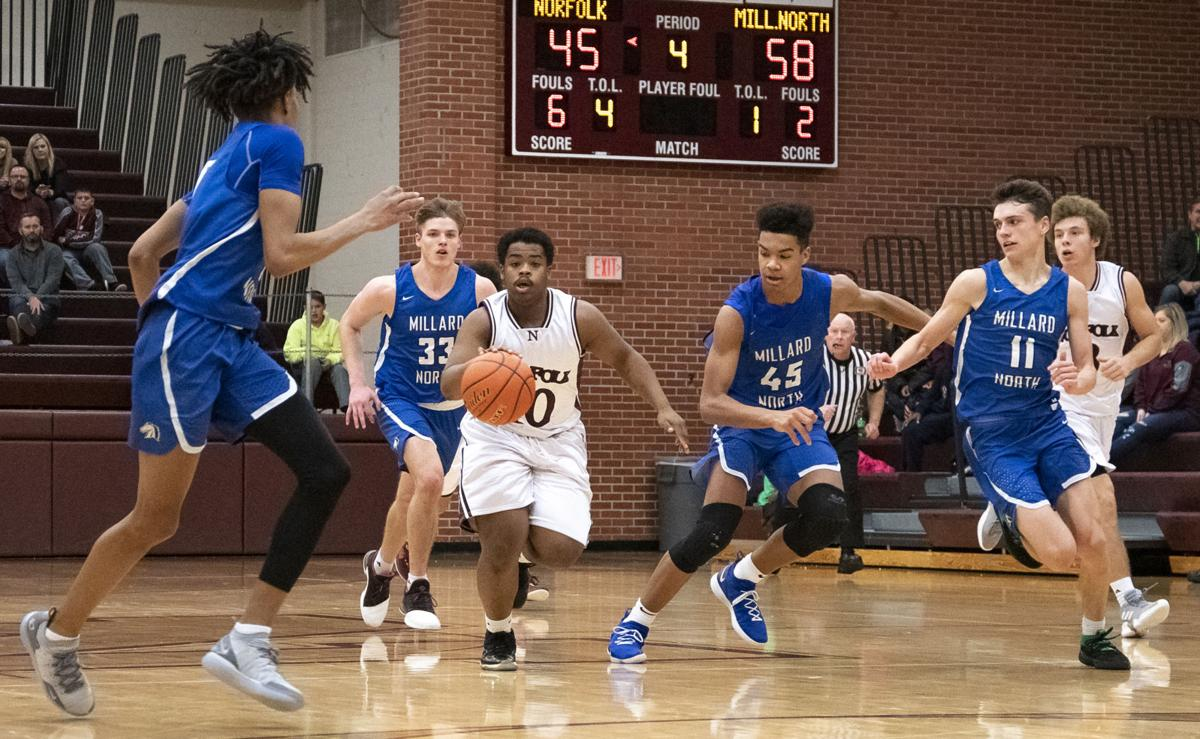 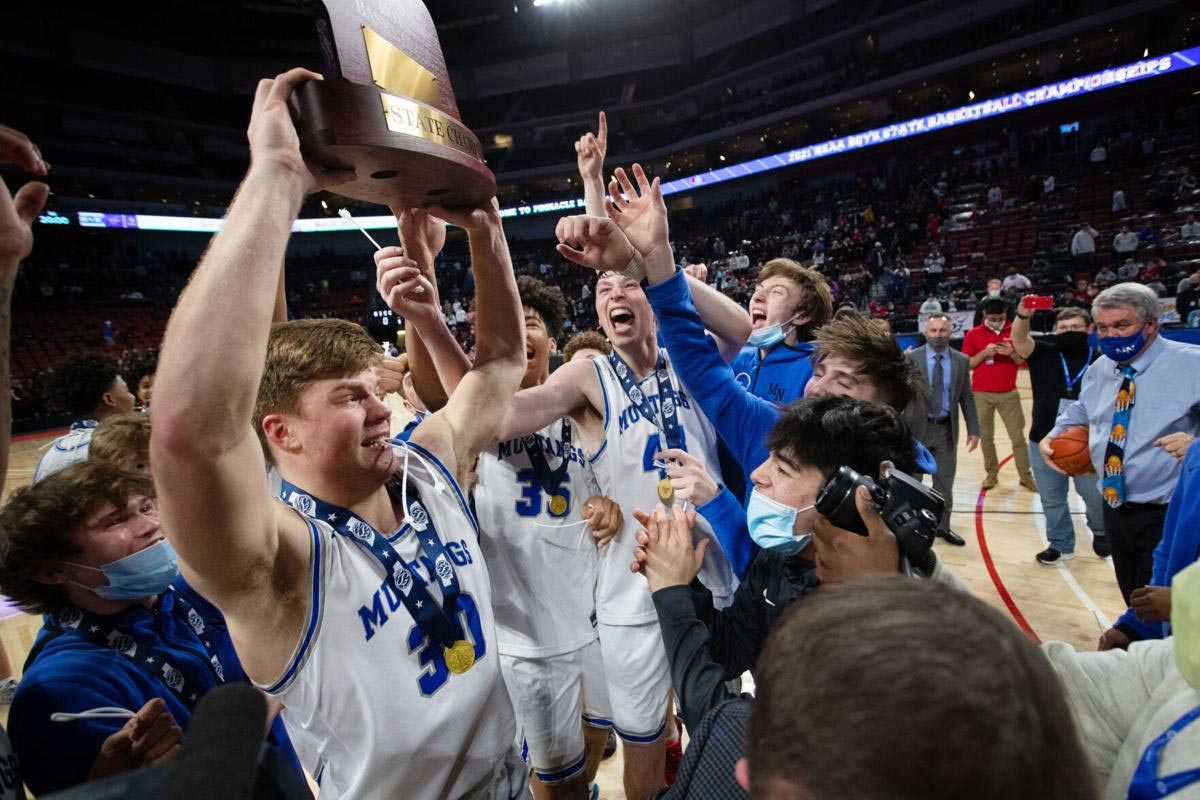 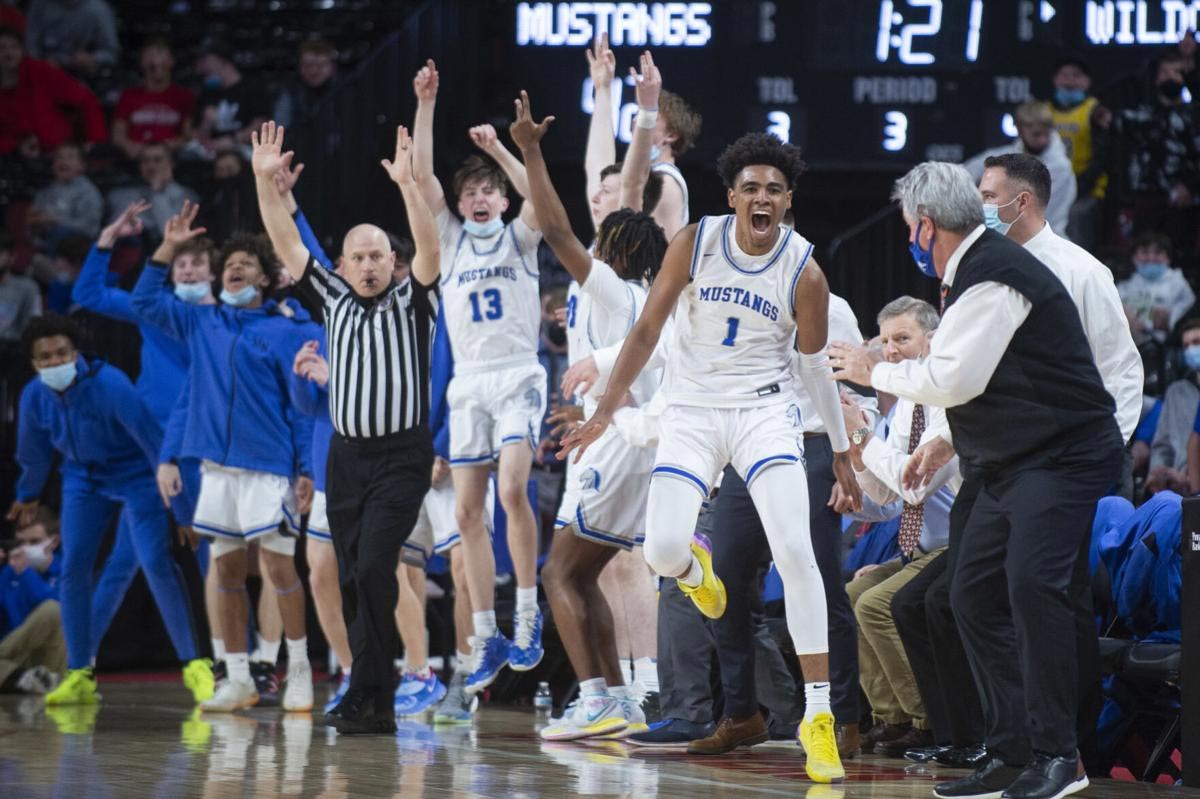 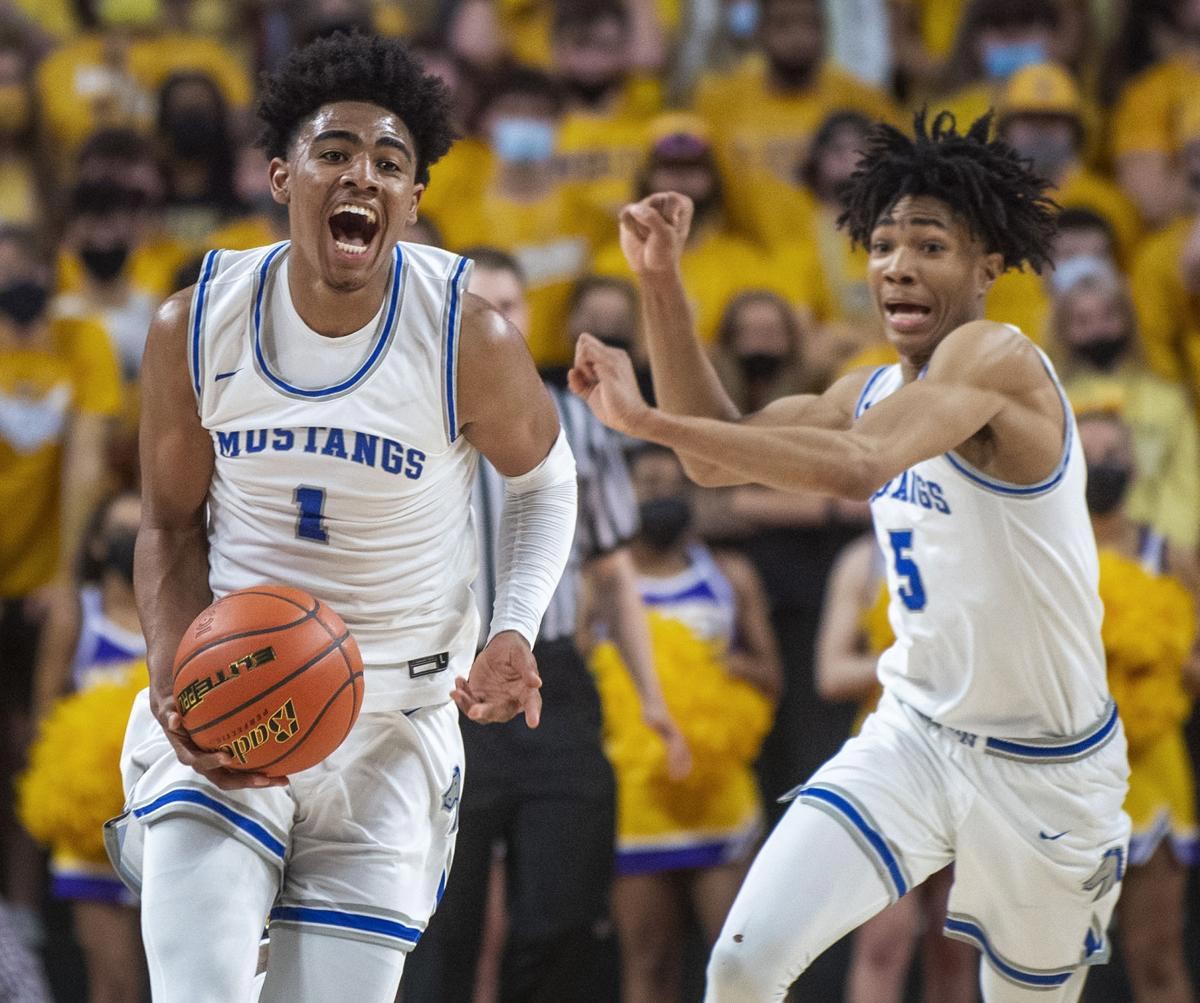 In our program, we believe that it is never too early to teach the fundamentals of basketball but also to have the involvement of the Millard North High School Basketball staff. Our goal is to help create and facilitate a lifelong love of the game but also a culture of community and involvement. This takes place throughout all levels of our program and extends into the MNHS program as well. Learning how to be a Mustang starts early and is part of what makes this fun for everyone involved. 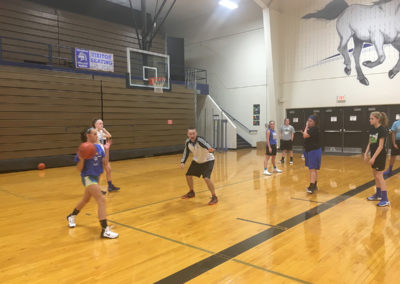 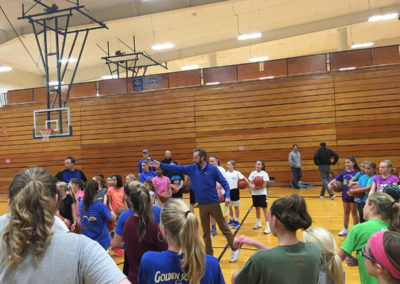 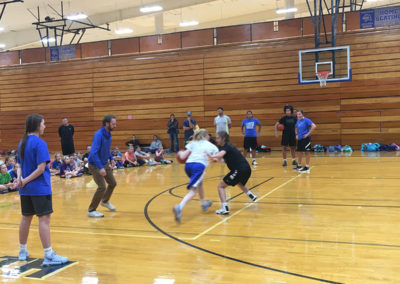 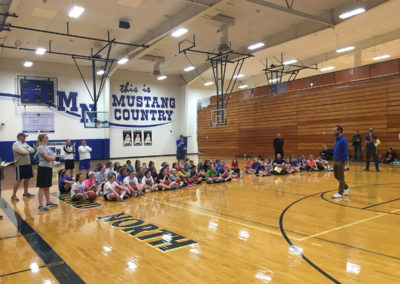 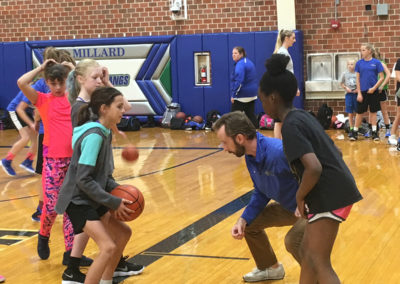 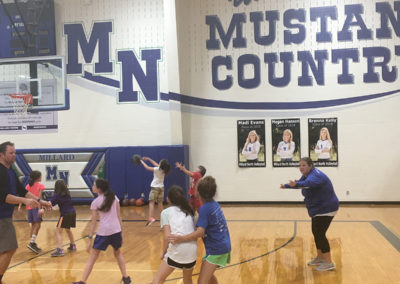 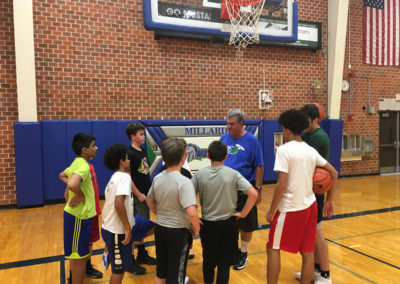 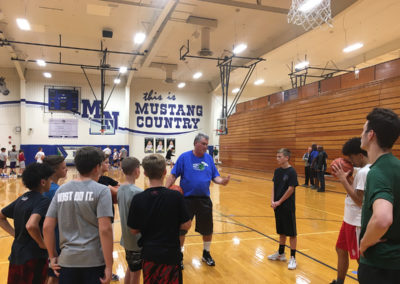 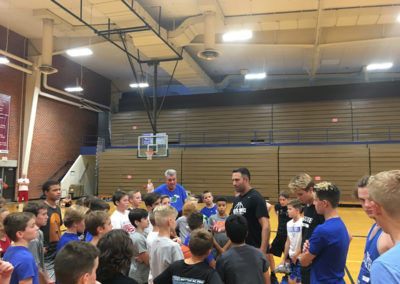 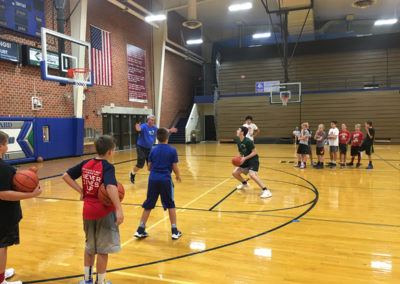 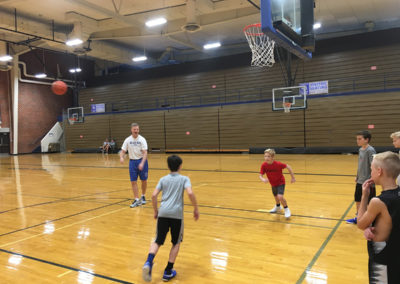 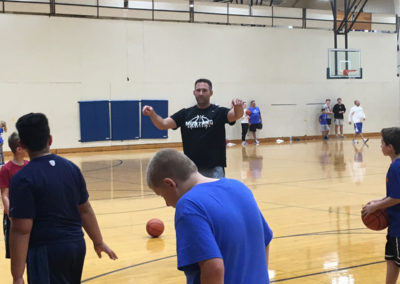 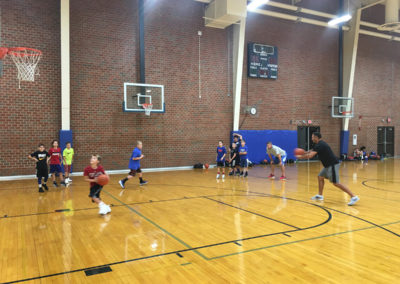 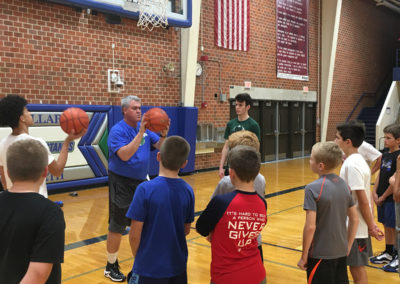 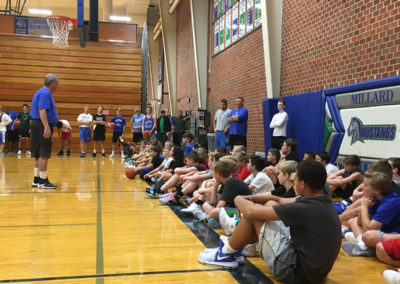 Many players and coaches have left our program to go on and play or coach at the collegiate level. Meet these players on our “Former Mustangs” page!
Meet The Former Mustangs 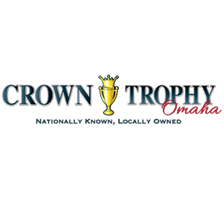